​Invasive Or not? and methods of prevention and control

​NEW LESSON PLAN IDEAS ARE WELCOME.  SEE BELOW FOR INSTRUCTIONS ON SUBMITTING.
ALL LESSON PLANS MAY BE DOWNLOADED AND USED FOR FREE!!!
​ 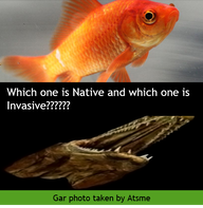 ​Preventing the Spread of Invasive Species in Michigan
By Vlad Borza
Students learn the difference between native, non-native, and invasive species. They then learn to apply these labels to different aquatic creatures.  This lesson will also introduce students to research by having them analyze articles to create a presentation on invasive species. Grades 6th through 12th.

Asian Carp: Non-Native or Invasive?
​By Erica Sprague
Provides an overview of Asian Carp and the issued they cause in the Great Lakes.  Students will thoroughly investigate this species, looking at Asian Cart’s food web and their effect on human health, to determine if this species is non-native or invasive. For middle school science, grades 6-8. 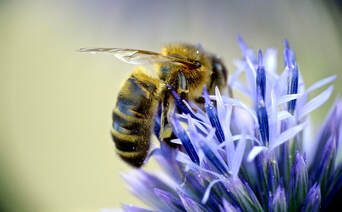 Pollinator vs Invasive Species
By Erica Sprague
​This lesson introduces students to pollinators, and emphasizes the role they play in human survival.  Using this information, students will design a plan to help gardeners who want attract pollinators and plant native species gardens.  For middle school science, grades 6-8. 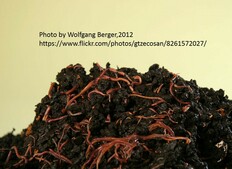 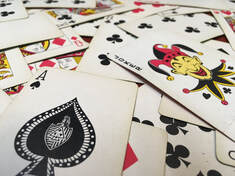 ​What's New?
By Katie Larson       klarson@greatlakes.org
​Students play card games by different rules to demonstrate the abstract concept of what happens when a new species "that plays by different rules" is introduced into an ecosystem.  This experience leads students to examine the impacts of invasive species on an ecosystem. Students will also look at maps and to observe various pathways for invasive species to enter a new ecosystem. In small groups, students study the impacts that  invasive species are having as a result of introduction to the Great Lakes.  For science students, grades 6 - 8. 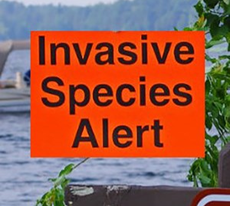 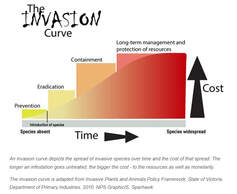 Challenge:  Stop Invasive Species!
By Katie Larson       klarson@greatlakes.org
​Students model food chains and food webs within the Great Lakes and coastal ecosystems, demonstrating the impact of invasive species, and design methods to prevent their introduction or control or reduce those that are present. Target Grade & Subject:  High School Science

Native Species and Invaders:  Which One Doesn't Belong?
By Holly Longo        Palmer Park Preparatory Academy, holly.longo@detroitk12.org
​Students will view and discuss photos of four species at a time and learn why some are called invasive species and others are not.  The lesson starts off with the "real life" interaction of lake trout, sea lamprey, alewife, and Pacific salmon.  They will play the game of "Which one doesn't belong?" with other groups of four photos.  Through explaining and discussing their reasons, they will learn about native species in the Great Lakes and discover why many non-native species are considered harmful invasive species, while others are not. ​ Target Grade: Fifth Grade Science. 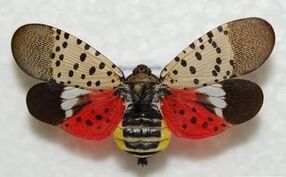 FBI - Fighting Bad Invasives: 10 Most Wanted
By Jessica Wagonmaker
​Students will learn about the harms that invasive species can cause to the environment, the economy, and humans and then work in groups to sort invasive species cards in order to categorize them as most dangerous to least dangerous if they were to be found in Michigan. Some of them are already here, but some, like the spotted lanternfly in this photo are ones they should look out for.​ Target for sixth to ninth grade.
Michigan Sea Grant Logo

Links to:  Great Lakes Most Unwanted.  by Michigan Sea Grant.
Students work in small groups to organize invasive species cards, featuring facts and photos. Each group presents a different invasive species in a poster or fact sheet to the class.  Adapted for the Michigan Sea Grant Great Lakes Education Program with permission from “What do scientists know about invader species of the Great Lakes?” in Earth Systems—Educational Activities for Great Lakes Schools: Life in the Great Lakes. Modified by Anne Williamson and Mike Klepinger. Target grades:  4 - 12

New lesson plan ideas are welcome and will be uploaded as they are received and approved.
Instructions for submitting lesson plans for:
About invasive species,
About science and science careers
For information about submitting new lesson plans, please contact jchadde(at)mtu.edu


​Lesson plan ideas from other web sites:
From Pennsylvania Sea Grant:  10 lesson plans about interactions of invasive species, biodiversity, and climate change
​
​Creation of the above page of educational resources was funded in part by the Michigan Invasive Species Grant Program through the Departments of Natural Resources, Environmental Quality, and Agricultural and Rural Development.