​Asian Carp vary greatly in size. They can be as small as goldfish or grow to be as large as  a man! Adult Asian Carps consume up to 20% of their body weight every day in plankton and can grow to over 100 pounds! These fish have no natural predators in North America, and females lay approximately half a million eggs each time they spawn.
​
Scientific Name: Cyprinidae 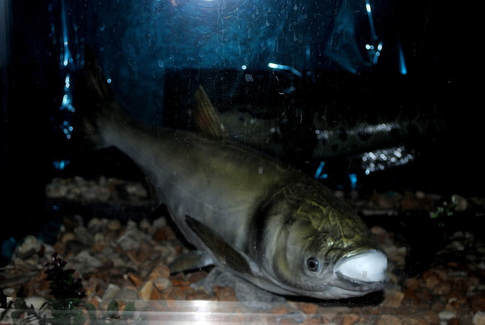 ​WHERE DID ASIAN CARP COME FROM? WHAT IS BEING DONE TO PREVENT THE SPREAD OF ASIAN CARP?
Learn More about invasive species

​​Creation of the above page of educational resources was funded in part by the Michigan Invasive Species Grant Program through the Departments of Natural Resources, Environmental Quality, and Agricultural and Rural Development.